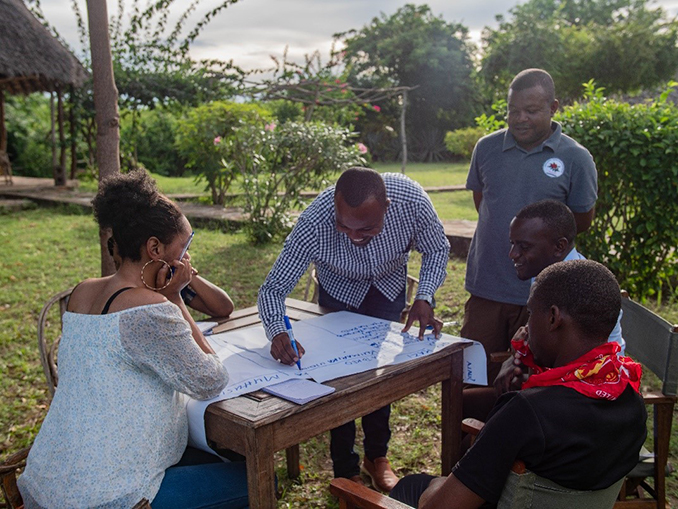 “I didn’t know that I should not keep silent when I witness cases of GBV…. I did not know that I am supposed to cooperate with security forces when needed. Through this training I will be an active citizen in my community and report all cases of violence against women and children” (Female Participant in UZIKWASA training)

With support from Ireland, UZIKWASA, a non-governmental organisation based in Pangani, north east Tanzania, is working to promote awareness of local village and district leaders through an integrated programme of reflective leadership and multimedia communication.

As a result of UZIKWASA’s interventions, community members and village leaders have begun to speak out against violence against women and children and to promote the reporting of cases of gender-based violence (GBV). A male Village Executive Officer stated;

“After the training I set up various committees for solving problems in the community. [..] We have solved about 20 cases of GBV at the village level and referred 5 cases to Pangani police […] Now we have very few cases of GBV and violence against children due to our effort in educating the community and taking action against people who are involved in these illicit actions”

The effectiveness of UZIKWASA’s programme has resulted in a number of organisations outside of Pangani adopting similar gender approaches. In its annual forum, UZIKWASA brought together over twenty institutions from Tanga Region (an area bigger than Munster and with a population of over 2 million people). During the self-reflection sessions members of the police force openly admitted to having failed to support community efforts to address GBV and to support survivors. The Officer in Charge of Police revealed how reflective leadership coaching has helped the Pangani police force to adopt new behaviours and to take GBV, Intimate Partner Violence and child abuse seriously. This has resulted in faster processing of cases and in an increase of reported cases reaching court.