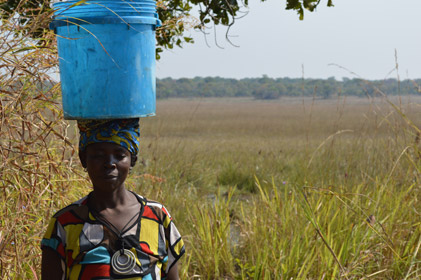 Today, 4,000 participants from 196 countries open a conference in Peru to negotiate a new legally-binding global climate deal. The global climate change meeting -COP20- in Lima is the last full meeting before Paris in 2015, when the climate deal is due to be signed.

To date, 195 countries have submitted their instruments of ratification. These countries meet annually, in order to evaluate the application of the climate convention, and to develop the negotiation process between the parties in front of new commitments.

All signatory countries to the climate change convention have common but differing responsibilities, depending on the specific nature of their national and regional development priorities, their goals and circumstances.

However, all countries have three main responsibilities: to gather and share information on greenhouse gas emissions, national policies and optimal practices; to implement national strategies to address global warming and adapting to foreseen impacts of climate change, as well as determining the provision of financial and technological support to developing countries; and to cooperate on the preparation and adaptation to climate change effects.

In 2014, Irish Aid conducted a mapping exercise of 2013 climate change and environmental funding in partner countries, most of which are Least Developed Countries. Support was provided for climate adaptation for rural communities in areas such as agriculture, natural resource management, agro forestry, social protection and water management.

Irish Aid has produced ten country reports that highlight its support for programmes in fields such as climate change adaptation and mitigation, biological diversity and desertification.

Climate change is a key environmental threat. The latest Intergovernmental Panel on Climate Change (IPCC) Assessment Report found that the climate is changing, with human activity the dominant cause. The atmosphere and oceans are warming, the extent and volume of snow and ice are diminishing, sea levels are rising and weather patterns are changing. Greenhouse gas emissions are causing global temperatures to rise, and CO2 is at its highest level for more than 800,000 years.