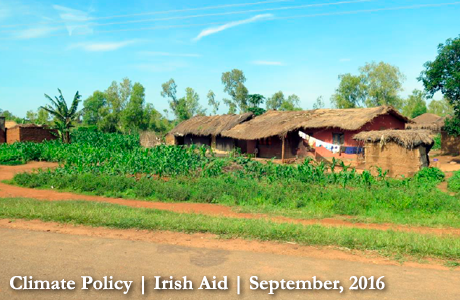 Malawi is a landlocked country in southeast Africa of approximately 118,480 square kilometers with a population of over 17 million. Over 80% of the population depends on farming to survive. Annual temperature has increased by 0.9C degrees from 1960 to 2006 with a projected increase of between 1.1 to 3.0C degrees by the 2060s (McSweeney et al, 2010). The World Bank climate profile of Malawi states that Malawi is particularly prone to adverse climate hazards including dry spells, seasonal droughts, intense rainfall, riverine floods and flash floods. Furthermore, the World Bank refers to estimates that droughts on average cause GDP losses of almost 1% every year with much greater losses for extreme droughts (World Bank, 2014).

Malawi suffered the effects of extreme weather events in 2015 with intense flooding at the start of the year in many parts of the country followed by the early cessation of rains leading to drought at the end of the agricultural growing season.