A cookie is a small text file that may be stored on your computer or mobile device that contains data related to a website you visit. It may allow a website “remember” your actions or preferences over a period of time, or it may contain data related to the function or delivery of the site. Cookies that are required for the website to operate properly are allowed to be set without your permission. All other cookies need your consent before they can be set on your browser.

Leave no one behind: Ireland supports affordable and clean energy for all 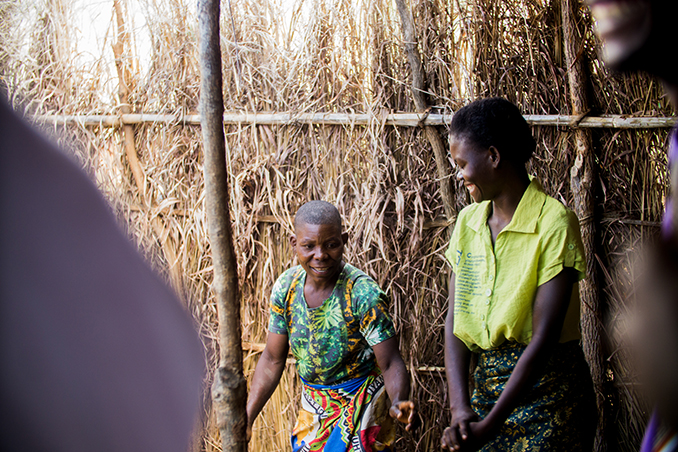 Viola Samisoni is from Kanyera village, Dedza district in Malawi. A mother of five, Viola’s annual income of €120 is derived primarily from the sale of rain-fed crops grown on her plot of 2.5 acres. Her village, Kanyera, is typical of rural communities in Malawi, at risk from - but adapting to - the full impact of climate change.

The effects of global climate change are real and current here, with erratic rainfall patterns making it more and more difficult to farm. Viola, like 99% of Malawi’s rural population, does not have access to electricity, and is entirely dependent on biomass (wood) for her daily cooking requirement. The dependence on biomass for fuel has contributed to rapid deforestation with over reduction in forest cover of more than 30% in less than four decades – one of the highest rates of deforestation in Africa.

Against this backdrop, in 2013 Malawi committed to an ambitious target of getting two million energy efficient cookstoves into use in households across the country, to replace the traditional open stone fire. Irish Aid has championed this agenda via the National Cookstove Steering committee and by supporting organisations such as NASFAM and UP to train and equip cookstove production groups, and to facilitate largescale sales and distributions. Locally made, low-cost, low-tech interventions such as clean cookstoves represent an important adaptation and mitigation strategy for women like Viola.

Replacing the traditional three-stone open fire with a more energy efficient cookstove has well documented benefits reducing fuel wood usage, economising on household labour, reducing the real risk of gender based violence for women and girls collecting fire wood, as well as health dividends from reduced smoke inhalation and burns. The manufacture and sale of the stoves for Viola and the other members of her cookstove production group Tinyanjane (‘Lets unite’) offers a small, occasional, but nonetheless valuable source of income.

And it doesn’t need to stop there, stove production and use is just one of a number of Viola’s adaptation strategies in response to climate change that combine development dividends with reduced emissions. A community-led catchment management scheme has resulted in the planting of more 3,500 trees around Kanyera village over the course of the past decade. By-laws have been developed to protect the local woodland, and since the introduction of the cleaner cookstoves there has been a dramatic reduction in the rate of tree felling.

Leave no one behind: Ireland supports affordable and clean energy for all

The effects of global climate change are real and current here, with erratic rainfall patterns making it more and more difficult to farm.