To achieve a sustainable solution to poverty, countries must generate their own revenues. This can be achieved through sustained and equitable economic growth leading to employment, revenue growth, trade, investment, and enhanced human wellbeing. We are increasing our focus on these areas at national and international level to promote growth that leads to a sustained reduction in poverty. 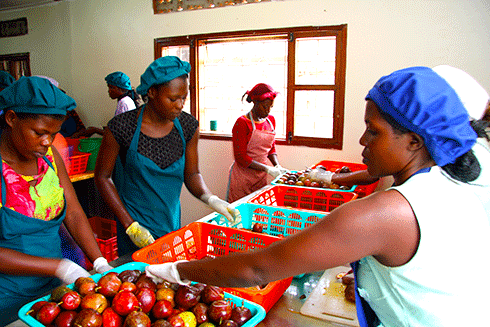 Today many developing countries are gradually reducing their dependency on aid and generating more of their own resources through trade and investment. In the first years of the new millennium, despite the financial crisis, annual economic growth in Africa was almost 5 per cent.  Our programme is responding to these new realities and we are building stronger economic partnerships in Africa. In doing so, we try to ensure that the benefits of growth address the needs of poor people and poor communities.

Our engagement on economic growth has a particular focus on those who are being left behind. That means that efforts must target those most excluded, deliberately addressing the inequalities which various groups face. This demands a greater focus on the dynamics of power and exclusion that underlie poverty and inequality.

When engaging in this area, we argue for the inclusion of job creation objectives into the national plans, poverty reduction frameworks and budgets of our Key Partner Countries. Youth unemployment and the inclusion of people with disabilities in the workplace are particular issues which need to be addressed.

Governments have an important role to play in ensuring that the domestic environment is business friendly and we work to bring clarity and predictability to local laws and regulations, to improve access to markets and credit and address the various drivers of corruption. Through our support to the Investment Climate Facility based in Dar es Salaam, we are promoting a unique public-private partnership forum which seeks to deliver a better investment climate in Africa.

On the other hand, we are also supporting developing countries to improve their ability to raise their own domestic revenues. In countries such as Uganda and Sierra Leone, we are working with private sector, civil society and partner governments to ensure the effective management of natural resources. At a global level, we are advancing efforts to combat illicit financial flows and capital flight including domestic tax revenues, Foreign Direct Investment and export earnings. 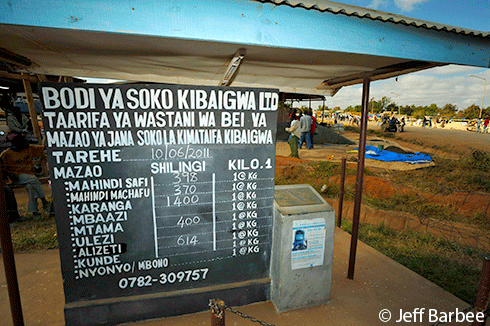 Today, many developing countries are becoming less dependent on aid and are generating more of their own resources through trade and investment. Ireland supports trade in a number of ways including fair-trade initiatives aimed at assisting countries to generate the resources and income they need to be able lift themselves out of poverty.

Trade is central to economic growth and poverty reduction. Virtually every country that has achieved sustained economic growth has done so by opening up their economies. However, many low-income countries are still confronted by major obstacles in expanding and diversifying their trade.

Africa’s share of global exports still remains low at 3%. Countries that miss out on the benefits of global trade are locked out of opportunities to benefit from international expertise, low-cost production inputs and much-needed technology.

In recognition of the important role of trade, economic growth and generating domestic revenues, Ireland supports a range of initiatives and programmes at national and international level aimed at strengthening the capacity of developing countries to expand and benefit from international trade.

We have an increased focus on private sector development in many of our partner countries in Africa. Our work in this area is guided by the Africa Strategy of the Department of Foreign Affairs and Trade

The Africa Agri-Food Development Fund is developing partnerships between the Irish agri-food sector and African countries. These partnerships aim to support sustainable growth of the local food industry in Africa, build markets for local produce and support mutual trade between Ireland and Africa.

The Irish agri-food industry is expected to transfer knowledge and expertise to meet Africa’s food needs as well as exploring opportunities for long-term investment and mutually beneficial trade.

The Fund is a joint venture between the Department of Foreign Affairs and Trade and the Department of Agriculture, Food and the Marine, which have each committed €1 million for the period 2012-2014. The fund will focus on Kenya and Tanzania in the pilot phase.

The Africa-Ireland Economic Forum was set up to create opportunities for businesses to meet with Irish and African Government representatives and explore how two-way trade and investment across Africa can be increased.

There is an increased awareness in Ireland and elsewhere about the importance of Fairtrade. In 2011 Irish consumers spent €159 million on products with the Fairtrade mark, up from €138 million the previous year.

Fairtrade is about better prices, decent working conditions, local sustainability, and fair terms of trade for farmers and workers in the developing world.

By requiring companies to pay sustainable prices (which must never fall lower than the market price), Fairtrade addresses the injustices of conventional trade, which traditionally discriminates against the poorest, weakest producers. It enables them to improve their position and have more control over their lives.

Countries in the developing world are becoming less dependent on aid, and keener to establish their positions in global trade and investment markets

Irish Aid provides support to enable producers in Central America and East Africa to increase the income earned from the sale of their products at fair trade prices and through greater access to markets in Ireland and elsewhere in Europe.

This includes the production and sale of certified sustainable products; support for an increasing number of small-scale producers to meet Fairtrade Certified standards and to strengthen producer organisations and co-operatives through capacity building at management level.

Since 2002, we have provided €20m to the Irish Fairtrade Network (IFTN) in support of their work with producers and development education work in Ireland. 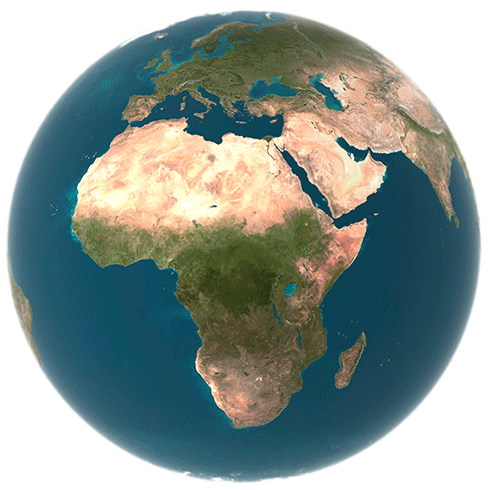 Ireland helps ensure that attention is paid to the specific needs and experience of developing countries in international (United Nations and World Trade Organisation) and EU trade policy and implementation. ‌

Increased trade, both regionally and globally, is central to sustained economic growth for the world’s Least Developed Countries (LDCs). Our approach is to:

The European Union and the World Trade Organization are key fora for promoting the trade needs of developing countries.

Irish Aid provides regular input on the development dimension of trade policy to the Trade Policy Unit of the Department of Business, Enterprise and Innovation. This Unit is responsible for formulating, developing and representing Ireland’s trade policies as a Member State of the EU and as a member of the WTO.

Economic Partnership Agreements (EPAs) are trade and development agreements between the EU and African Caribbean Pacific (ACP) countries, aimed at promoting trade while taking account of the development needs of the ACP countries. They are in operation with Caribbean, Eastern and Southern Africa countries, and Papua New Guinea.

The European Union and the World Trade Organisation provide key fora for Irish Aid to respond to the trade needs of developing countries.

Irish Aid co-ordinates the implementation of Ireland’s responsibilities as an EU Member State party to the EPAs. We are supportive of a successful conclusion of ongoing EPA negotiations with other regions, resulting in agreements that are supportive of the development and trade needs of ACP countries.

The aim of ‘Aid for Trade’ is to help developing countries, particularly the LDCs, to build their capacity to trade. This allows them to promote and protect their own interests in WTO negotiations and to implement the WTO agreements that have been reached.

Aid for Trade also helps developing countries cope with the erosion of their preferential access to developed country markets. And it can be used to build the trade-related infrastructure necessary to compete successfully on global markets.

In 2018 we spent €1.6 million on support for initiatives undertaken by the following partner organisations: