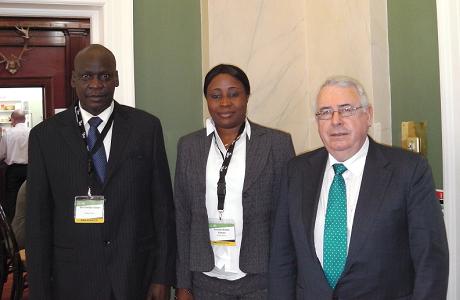 As millions of people move from the countryside, cities are faced with huge challenges and will need to become “smart, safe and sustainable” places to live.

One hundred years ago, only 20% of people lived in cities. Today, that figure is over 50% and growing and mostly in the developing world.

As millions of people move from the countryside in search of jobs and opportunities, cities are faced with huge challenges and will need to become "smart, safe and sustainable" places to live.

This week in Dublin, the 8th World Alliance of Cities Against Poverty (WACAP) is taking place. The Forum will discuss the growth, both economic and physical, of cities and look at how best to tackle poverty in an urban context.

Irish Aid is pleased to have invited local government representatives, including the Mayor of Freetown, Sierra Leone and the Mayor of Dar Es Salaam, Tanzania to Dublin to share their experiences of addressing poverty and managing growth with the Forum.

Speaking at the Forum, Minister Joe Costello said that the rapid increase in urbanisation is one of the greatest changes, and challenges, facing the world. He added that:

"'Smart, safe, cities' above all else requires that national and local government work closely together with the private and voluntary sectors, but above all else with the active involvement of the communities from whom they derive their mandate. With 'good governance' in place our citizens can then reasonably expect that we can address the more immediate concerns: better urban planning; infrastructure; housing; the public safety; unemployment; and disaster risk reduction."