Reducing Global Hunger: New Thinking on the Links between Agriculture and Nutrition 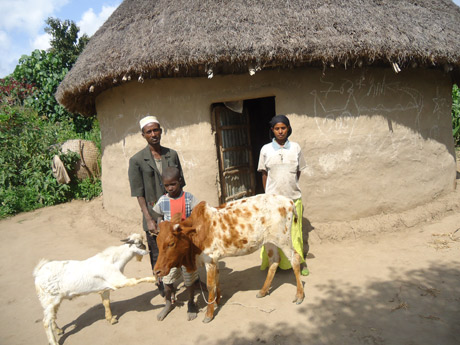 Reducing Global Hunger: New Thinking on the Links between Agriculture and Nutrition

Findings from Agridiet, a three year research project funded by Irish Aid and led by University College Cork, were presented this week at the Institute of International and European Affairs in Dublin. Agridiet aimed to investigate the links between agriculture and nutrition in Ethiopia and Tanzania. It also sought to suggest ways to ensure better nutrition and better health outcomes through agricultural policy.

Malnutrition remains a major barrier to development in Ethiopia and Tanzania. Stunting in the first two years of life leads to irreversible damage, including reduced development of the brain and susceptibility to diseases. The human and economic costs are enormous, falling hardest on women and children.

In Tanzania, 42% of children under five are stunted. In Ethiopia, malnutrition leads to an estimated 270,000 deaths of children under the age of five each year. Ethiopia has some of the highest levels of chronic malnutrition in the world, and a malnourished child is 10 times more likely to die from preventable diseases than a healthy child.

The Agridiet project found that in Tanzania and Ethiopia:

Malnutrition and stunting are problems which need broad solutions across health, education, food security, poverty reduction and agriculture sectors. The Agridiet project findings recommend that policies in Tanzania and Ethiopia should be “nutrition-proofed” and include a good balance between rules around production and consumption. The project also found that there is a need address the difficulties faced by local communities to the different solutions to malnutrition across all sectors.

The AgriDiet project is a partnership between eight universities and research centres in Ireland, the United Kingdom, Ethiopia and Tanzania, led by University College Cork. More information on the work of Agridiet can be found at agridiet.ucc.ie

The fight against global hunger is at the heart of the Irish Aid development programme. Find out more about Irish Aid’s work with international partners on a range of initiatives, at global and country level, that aim to eradicate hunger.